I needed to purchase a Radiology 2 medical monitor setup for a doctor that would live 9 months out of the year in Florida and be an integral tele-radiologist for our hospital. I work for the doctor side of our community hospital and as such, we don't normally purchase radiology workstations. I was given the specs for a current machine and asked to replicate it.

Since I knew that the Intel Duo Core 2's just became available July 27th (Thanks to DLtv, Cranky Geeks, and Twit), I wanted to see if I could save money using the more efficient processor.

All I can say is, Wow! You can look at a number of site with benchmarks but if you are like me you usually take them with a grain of salt. I'm not in the business of benchmarking systems, let alone processors. I knew from Anandtech and Tom's Hardware Guide that the speed improvements were significant but until I compared the processor to our systems I didn't really care :)  TG Daily has a fantastic article and graph that compares price versus power between Intel and AMD since the 8/18/2006 price drop.

When I received the Precision 390 with a Duo2 processor, I eagerly opened the box and sat in front of the machine quickly realizing I had nothing to throw at the processor except ripping CD's to MP3 or OGG files. In comes OpenMark...a quick search on sourceforge.org showed a seemingly strong contender (see note below). I don't pretend to do this for a living, this was just the best way I could compare two systems.

Below you can see 3 cpu's. The first one is my normal workstation P4 with hyperthreading which only seems to help when ripping MP3's. The second is a 2 Xeon processor Radiology workstation that I needed to duplicate. The third is the Intel Duo Core 2. Note the differences in Voltage and the Multiplier (I'll talk about the Multiplier later). 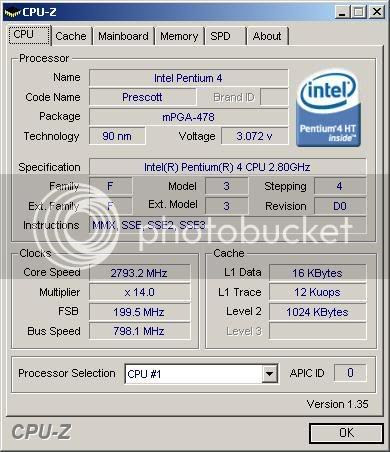 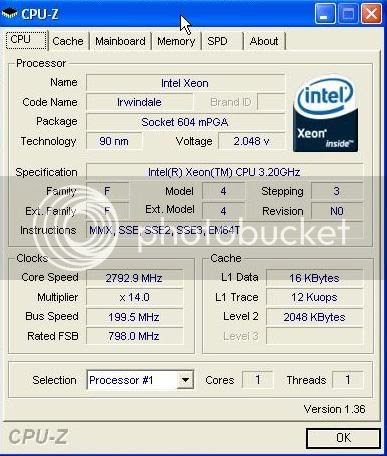 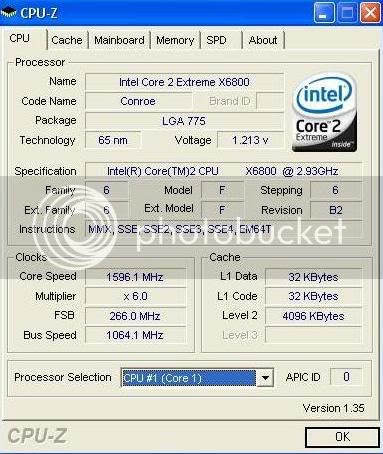 Okay, if you are still with me, here are the results from the OpenMark sstandard tests, with all defaults selected.  I did turn off services on the older machines because I tested the Duo Core 2 with the Dell Windows default OS.  My workstation had a webserver and other crap. 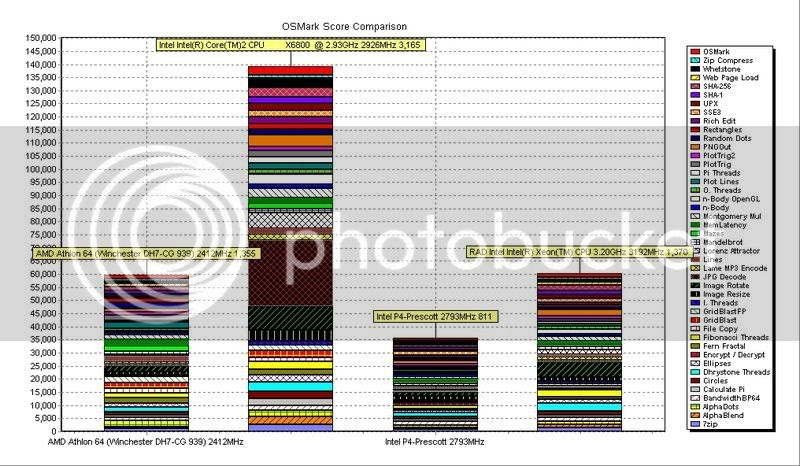 Okay, what can we learn from this?  Well, first of all the AMD comparison doesn't really belong.  I include it here because I have been coveting an AMD chip for a long time.  At work we buy all PCs through Dell and Dell hasn't offered an AMD line until recently.  However, I didn't perform the test so I don't know what type of hardware they were testing and how they performed the test.  I got the results in the downloaded OpenMark package.

On the other three, I performed each test as equally as I could and feel pretty confident that the performance can be compared.  Since I turned off some services on the Intel P4 and the Xeon system, they may have had a slight advantage.  But my process was pretty much the same:

From these tests, the Intel Duo Core 2 is at least twice the speed as the Xeon system.  I didn't purchase the Xeon system but I had the service tag and could look up the specs which is what I used to determine the power I needed for a Radiology workstation.

I differed from the specs (from memory) on the precision model number (the same model did not offer the new processors), the processor, and the video card and possibly the hard drive.

Email ThisBlogThis!Share to TwitterShare to FacebookShare to Pinterest
Labels: Windows